Do you have questions about Joe Nimble, our Functional Footwear or other products? We love to hear from you so please do not hesitate to contact us by phone or email.

Do you have questions about Joe Nimble, our Functional Footwear or other products? We love to hear from you so please do not hesitate to contact us by phone or email.

From no freedom to TOEFREEDOM®!

Shoes with a wide toe box
Your toes have sufficient room to spread, which means your big toe can perform its fundamental natural function - to anchor and stabilize the foot and thus the entire body.

We engineered freedom so you can enjoy it!
The Functional Footwear design concept is based on the principle of toefreedom®, which provides the wearer with an increase in stability due to extra room for the big toe to anchor, stabilize and control the foot. The rest of the body can relax, move efficiently and avoid overuse and unnatural stresses on joints and muscles.

Zero heel shoes: ball and heel on one level.
The skeleton is naturally aligned and the body weight is evenly distributed over the entire surface of the soles of the feet. This is only possible in shoes without a heel.

Why are shoes with wide toe boxes so important?

So don’t panic - the effects of a lifetime in restrictive shoes can be reversed!

Switching to Joe Nimble Footwear allows the toes
to spread, the foot muscles to strengthen and the
important neuromuscular connection between the brain
and the big toe to be reestablished.
Don’t be normal, be natural. Be nimble.

A tree is only as strong as its roots.

The benefits of Joe Nimble

half sizes for
optimal fit

300 years ago already men and women have obeyed the rules of fashion. Since the 16th century we have been wearing symmetrical shoes, even though our feet become more and more shoe-shaped and dysfunctional with every step we take in them.

In this short and entertaining documentary, we introduce you to the true warriors for natural toefreedom®. People who were visionary about the importance of the big toe, who showed character and rebelled for toefreedom® and against the shoe industry and fashion designers.

We call them our “heroes of toefreedom®“ because they fought exclusively for the cause.

“There is an old and most unreasonable custom of making the shoes for both feet alike, from one and the same last, although our two feet are very different from one another,“ complained the Dutch physician Petrus Camper (1722 – 1789) in his treatise “On the Best Form of Shoe“, which appeared in Hamburg in 1781, having been translated from French.

Camper was an enlightened doctor who corresponded with many well-known scholars of his day. In his publication he aired his outrage at the pain inflicted on feet and explained what made the footwear of the time so tortuous: symmetrical shoes which constricted the big toe.

Bernhard Christoph Faust (1755–1842) was born in Germany into a family of doctors. He too became a physician and had a particular interest in healthcare for ordinary people. In his guide, “The Catechism of Health“ (1792), he offered advice on preventing health problems, including avoiding symmetrical shoes. He wrote that shoes “ought to have the same form as the feet; they therefore ought not to be made by one, but two lasts, as the shape of the feet may indicate.“

Unfortunately, like his colleague Camper, Faust did not succeed in bringing about any long-term changes with his criticism of footwear.

Georg Hermann von Meyer was born in Frankfurt am Main, Germany in 1815 and died there in 1892. After studying medicine in Frankfurt, Heidelberg and Berlin and working as an external lecturer on anatomy and physiology in Tübingen, he joined ETH Zurich in 1844.

His most important works were about anatomy. Some of them are readily understandable, including his heavily satirical writings on incorrect footwear dating from 1858. He drew the conclusion that symmetrical footwear impaired functionality and caused health problems, noting that it disrupted energy transfer when walking, by forcing the toes out of their natural, straight position.

He went on to say that: “If the shoe is not the same shape as the foot, the foot adjusts to the form of the shoe since it is the more flexible of the two.“ However, this has painful and unappealing consequences which are well known, he writes.

He therefore urges: “The correct form for a shoe which truly makes walking easier – instead of making it more difficult or even impossible, as is so often the case – must be based on the shape of the foot.“ He strongly emphasises that: “It is most important that the big toe can maintain its correct position. For this, however, it must lie in such a way that its centre line, when extended rearwards, meets the central point of the heel.“

In 1905, an American physician by the name of Phil Hoffman compared the shape of the feet of shoe wearing people with that of indigenous people who had never worn shoes. He discovered that symmetrical shoes had a significant negative impact on the form and function of the foot, and especially that of the big toe.

He attributed this condition to the influence of fashion on the unnatural shoe shapes and denounced the ignorance and self-interests of the footwear industry.

The US military consistently implemented these new orthopaedic findings. Over the course of four years, the Army Shoe Board examined the feet of 2,000 soldiers. In 1912, the results contributed to a fundamental redesign of the military standard for shoe lasts. The president of the Shoe Board, military psychologist Major Munson, developed the Munson last which corresponded to the recommendations made by von Meyer many years before with its straight inner sole edge and natural, asymmetrical basic shape focusing on toefreedom®. This marked the birth of comfortable, foot-shaped marching boots.

These American boots remained in use for a long time after the Second World War was over and proved extremely popular, not just among US soldiers.

At about the same time, the ´Wandervögel´ youth movement emerged in Germany. A certain Mr Wölke made the following comment in 1907: “With a physical culture currently taking the world by storm, we should remember to apply the rule that clothing should be made to fit the body – not vice versa – to footwear as well.“

However, the fashion at the time was for narrow shoes which were pointed in the centre.

The German doctor, researcher and passionate foot health advocate Prof. Wilhelm Thomsen (1901–1974) spent over 40 years researching the best shape for shoes in great depth. He set out his findings in the standard work “Kampf der Fußschwäche“ (´The Fight Against Weak Feet´), published in Munich in 1939 and reprinted multiple times, and in almost 400 scientific articles. His dedication to toefreedom® deserves special recognition

However, his calls were largely ignored by the footwear industry because fashion-conscious women of the time continued to wear symmetrical, pointed shoes regardless of the consequences for their health.

In 1982, the visionary German entrepreneur Christian Bär decided to make his own shoes after a number of painful experiences. “No more painful feet“ was his motto. Based on the anatomical shape of the foot and the positive feeling of walking barefoot, the first toefreedom® last was developed together with the last-maker Gerhard Motsch from the German town of Pirmasens. The result was a design which was completely at odds with the footwear fashion of the time: it offered unique toefreedom® at the front and kept the ball and the heel of the foot level with one another. In other words, there was no heel (zero drop concept).

“Who needs those?“ asked shoe retailers when Bär presented his unusual collection. But the visionary did not give up. He started selling his footwear directly to the end-customer. Nowadays, BÄR is synonymous with almost 40 years of toefreedom®. Christian Bär is recognised worldwide as pioneering this type of shoe with extra space for the big toe. Christian Bär showed that it is possible to succeed even as an industry outsider who disregards convention, provided you stick to your principles.

And as is often the case in history, his son Sebastian completed the visionary‘s work and created Joe Nimble Functional Footwear. Sebastian Bär has extensive expertise in manufacturing shoes that focus on optimal fit. From an early age, he gained experience around the world in helping consumers who were searching for the perfect shoe. The logical concept of toefreedom® brought him success even as a teenager. During his high school years in the USA as an exchange student in the early 90s, he was sometimes ridiculed for his toefreedom® shoes in which he even placed state-runner-up at the state cross-country championship. However, in 1992 he was one of the only runners to cross the finish line at his first half-marathon in the USA without bleeding toes or blisters. When crewing at the world’s toughest footrace, the Badwater Ultramarathon a couple of years later, he noticed runners cut open the toe box of their high-tech running shoes and needed as many as 12 pairs of trainers for the 217 km non-stop race through Death Valley. The runners wearing a pair of Sebastian’s shoes completed the race without injuries whatsoever and without damaging their footwear.

Together with the biomechanist and legendary natural running coach Lee Saxby, Sebastian developed the “nimbleToes“, which is the first in the family of functional footwear with toefreedom®.

THE GOOD, THE BAD & THE UGLY

In this short video Sebastian Bär (head of Joe nimble and Joe’s best friend) demonstrates how toefreedom® – the defining feature of Functional Footwear – is completely ignored by the shoe industry. 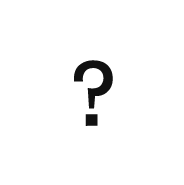 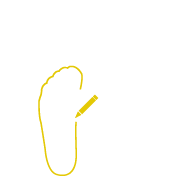 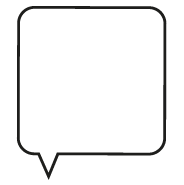 Testimonials
Close filters
No results were found for the filter!
Trusted Shops Reviews Toolkit: 1.1.7
We use cookies. Some are technically necessary, others help us improve our website and to offer you a better user experience.