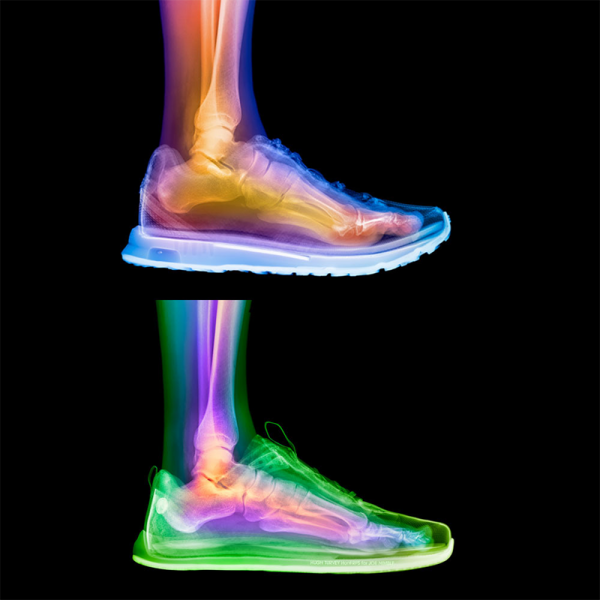 The Standing Committee on Vaccination (STIKO) weighs up the advantages and risks of vaccines against each other. If it were to do the same for technical innovations in running shoes such as carbon plates, some models might not be on the shelves of specialist retailers.

The Olympic Games in Tokyo, which have just ended, were not just a line-up of top athletes who did incredible things. They were also an incredible array of technology. After Karsten Warholm had broken the 46-second barrier in his 400-meter hurdles with 45.94 seconds and pulverized the previous world record with 76 hundredths, he said to the delight of his outfitter Puma into the microphones of the assembled press: "The shoe helps me have more energy. "

"The secret of the record flood of Tokyo" was the headline of German national newspaper "Die Welt". And the German “Kölner Express” newspaper read: "World records in athletics thanks to Wunder-Schuh?" The "energy" Warholm speaks of comes from a thin plate made of carbon that is slightly curved and runs through the entire midsole. As early as 2017, Nike presented the Vaporfly 4%, a new type of running shoe with a carbon plate, which should make the first marathon run possible in less than two hours. Just two years later, 86 percent of the podium places in the six World Marathon Majors were taken by runners wearing a Nike Vaporfly with carbon plates in the midsole.

In fact, Nike's chief developer Matt Nurse's idea of installing a carbon plate in a running shoe and helping runners to set new personal bests is pure physics. In essence, it is about avoiding wasted mechanical energy in the phase. One of the most recognized biomechanists worldwide, Benno M. Nigg, together with other colleagues, was able to demonstrate in a study that the metatarsal-toe joints absorb significantly more energy than is produced in the drive phase. Other joints such as ankles, knees or hips, on the other hand, generate more energy than they use.

Starting here to improve the performance of the runners makes perfect sense. The stiff carbon plate in the shoe extends the lever in the drive phase, prevents the toes from bending upwards (dorsiflexion) and thus avoids unnecessary loss of energy. The only problem is: every runner is different. The two kinesiologists Darren Stefanyshyn and Ciro Fusco came to the conclusion in a study that every runner, depending on weight, height and strength, needs a different degree of stiffness in order to achieve personal bests. For some runners, the carbon plates even had completely negative effects.

Only 1 percent of runners need to run 4 percent faster

But what is almost even more important: 99 percent of runners are not professional runners at all. They run in their free time to do something good for themselves and their bodies - and not to achieve one personal best after another. But who says no when the running shoe industry suggests: Use this performance enhancing element - and get four percent faster. However, no marketing department will ever want to hear that this technical doping also entails health risks.

With the human foot, Mother Nature has created a true masterpiece of engineering. You have to imagine the foot as a kind of twisted, spring-like plate to which the toes are attached in front in order to anchor the plate to the ground. When the foot hits the floor, the plate untwists and lengthens to absorb the shock of impact causing the plantar fascia to pull the toes into the floor (reverse windlass), anchoring the foot and providing a stable base of support.

As the runner’s weight begins to pass over the foot, the heel begins to rise off the floor using the toe joints as pivots (the windlass mechanism). Now it is the turn of the toes to pull on the plantar fascia causing the arch of the foot to be raised and the foot to be twisted to become a tighter, stiffer spring in preparation for the all important ‘push off’ phase of running. It’s almost as if the human foot transforms into it’s own stiff, carbon plate when more propulsive force is required.

The shoe industry is now intervening in this masterpiece from Mother Nature. With the intention of avoiding injuries, she develops innovations that just let injuries arise. The renowned Harvard professor Daniel E. Liebermann, together with colleagues, have analyzed how toe-spring in conventional running shoes disables the toe muscles and thereby increases the risk of injury. This effect can also be observed every day on the street in sneaker owners: Because the runner’s foot can no longer pivot over the toe joints, the foot acts as a single, rigid lever which demands unnatural levels of strength from the calf and shin muscles to maintain the feet in a mechanically desirable, pointing straight ahead position. In order to avoid the excessive torque and reduce the length of the foot-lever the runner begins to toe-out (duck foot) or toe-in (pigeon-toed) which is often the beginning of compensations in the knee and hip joints and the road to pain and injury.

The body is actually a fine-tuned machine that doesn't need any support. As soon as a person intervenes at one point, he messes up the whole mechanism, which at some point leads to an increased risk of injury. "Use it or lose it" is another popular phrase in the world of sport and exercise and evidence suggests that when it comes to toe function and performance the many hobby and recreational runners should give preference to "Use it" - and their shoes should support that natural function.

nimbleToes Addict
€185.00 *
(3)
Details
Trusted Shops Reviews Toolkit: 1.1.7
We use cookies. Some are technically necessary, others help us improve our website and to offer you a better user experience.