Paradigm shift: the beginning of the end for pronation control 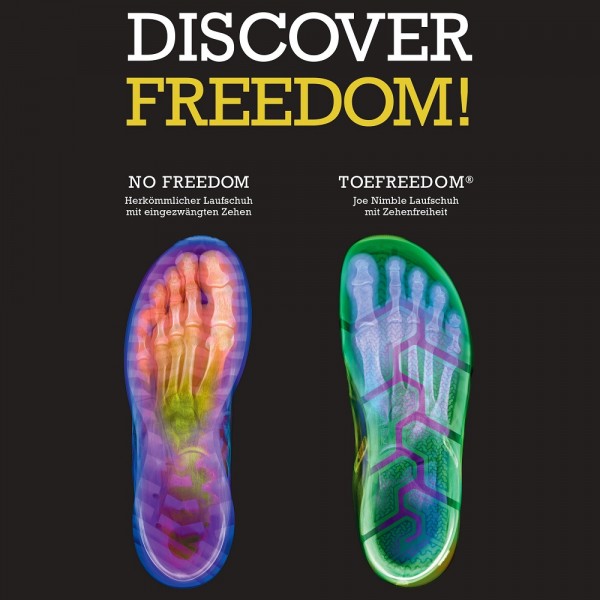 The biggest paradigm shift in history is currently under way in the running shoe industry. In the past, biomechanical research into the causes and prevention of running injuries concentrated primarily on the way in which the back of the foot moves during the ground contact phase of running. Clinical observations unanimously found that runners who pronate – i.e. roll their ankle inwards – too much or too little are more likely to sustain running injuries. As a consequence, all runners were classified as either ‘overpronators’, ‘supinators’ or ‘neutral runners’. From this point on, motion-control, cushioned or supportive shoes were used to limit or stabilise the movement of the rearfoot.

Unfortunately, despite 40 years of research and innovation, injury rates among runners are higher than ever. Now, Nike – the global market leader in the running shoe industry – has recognised that it is time to take a new approach to prevent injuries caused by running. For the first time, the manufacturer is shifting its focus to the stability of the forefoot. In a new study, Nike compared injury rates in 226 runners, split into two groups over a 12 week training period. One group wore a conventional rear-foot motion control shoe (nike zoom structure 22) and the other group wore the ‘Nike Infinity React’ which is a radical change in shoe design concept for Nike, placing the emphasis on an exaggerated forefoot flare to stabilize and control the forefoot. The outcome of this study was a 52% reduced risk of injury in the group wearing the Infinity React and the implied increase in forefoot stability.

For us at Joe Nimble, this strategic U-turn confirms more than four decades of our own research and development. Ever since it was established in 1982, our parent company BÄR Shoes has been looking at how toefreedom increases stability when running. What’s more, our brand Joe Nimble has been applying this expertise to running shoes for over ten years. Along with the well-known running coach and biomechanist Lee Saxby and an expert team of technicians, engineers, industrial designers and shoe industry professionals, we developed a revolutionary shoe design with a wider toe box for maximum stability. Even just a short time ago, we would hardly have dared to believe that Nike would now be using the marketing power of a global corporation to fight for more space in the front part of the shoe with its ‘Run Fearless’ project.

However, in our view, Nike’s approach is not radical enough yet because its shoes still do not allow the big toe and its metatarsals to assume a completely straight position. This means the new designs only alleviate symptoms short-term, without addressing the actual causes of the problem. Allowing the big toe – the strongest muscle in the foot – and the metatarsals along with their muscles and tendons to play an unrestricted role in weight bearing is the only way for them to provide stability.

Scientists have documented the advantages of toefreedom for runners numerous times. Working with well-known colleagues, the two globally renowned biomechanists Lee Saxby and Dr Mick Wilkinson have provided evidence resulting from several scientific opinion papers and studies published in leading specialist publications. In the International Journal of Sports and Exercise Medicine (Wilkinson M, Stoneham R, Saxby L. Feet and Footwear: Applying Biological Design and Mismatch Theory to Running Injuries [2018]), the two analysed the extent to which modern shoe design can distort the foot’s structure and impair its function. A subsequent article in The Foot & Ankle Online Journal (Stoneham R et al. The influence of great toe valgus on pronation and frontal plane knee motion during running [2020]) published by the International Foot & Ankle Foundation showed that the more deformed and shoe-shaped the runner’s big toe position is (hallux valgus), the more noticeably the rearfoot pronates during the stance phase of running. Furthermore, a study in Footwear Science (Stoneham R et al. Differences in stride length and lower limb movements of recreational runners during over-ground running while barefoot, in minimalist and maximalist running shoes [2021]) demonstrated that midsole cushioning also affects the runner’s biomechanics. Too much cushioning leads to an overstride, which can result in knee and hip injuries. Meanwhile, too little cushioning causes a rigid ankle with plantar inclination, which can cause foot and shin injuries.

Let’s be bold and radical!

If we have the courage to rethink running shoes’ design and shift the focus from the rearfoot to the forefoot, let us as an industry tackle this issue wholeheartedly and provide for more freedom for the toes. Mother Nature designed the optimum human foot. Wearing shoes with toefreedom allows the big toe and smaller toes to assume their natural position and perform their natural function. This approach gives runners greater stability in the forefoot and removes the cause of the problem using Mother Nature’s favourite principle: form is function.

Tags: toefreedom, running shoe, innovation, running shoe industry, footwear, foot function
Trusted Shops Reviews Toolkit: 1.1.7
We use cookies. Some are technically necessary, others help us improve our website and to offer you a better user experience.